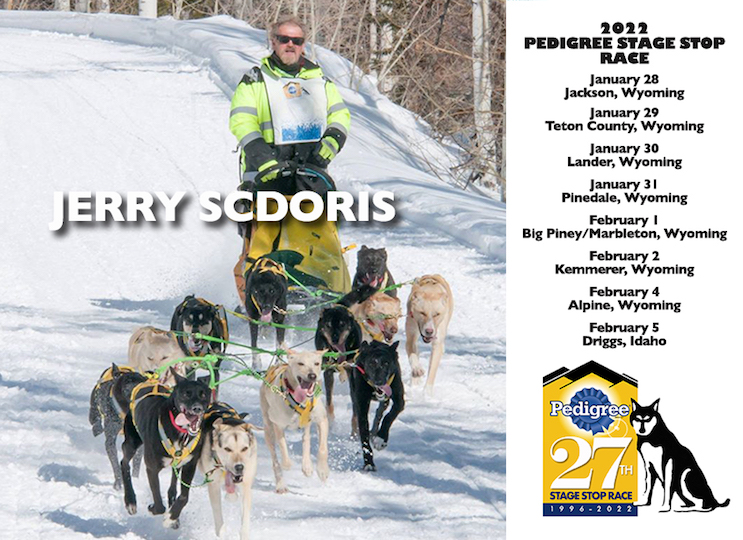 Jerry: “I am a Vietnam era Veteran and a very serious University of Oregon Duck; a retired high school teacher, counselor, and football and track coach. My dogs have run in eight Stage Stop races, one with my daughter Rachael Scdoris when she was 15, two with our trusted handler Raphael Nelson and five with me. I’ve had the privilege of training all eight of these teams. Back In the 70’s and 80’s I was a sprint racer. My daughter Rachael emerged during the 90’s and 2000’s as our dog yard’s primary racer and had successful races in Oregon, California, Washington, Wyoming, Montana, Minnesota and the Alaskan Tustamena 200 four times and four Iditarod’s. I am thrilled to be the musher representing our dog yard in this year’s Stage Stop as I will be celebrating my 74th birthday on the trail with many of the BEST sled dogs and sled dog racers in the World! I love the Wyoming Stage Stop.”