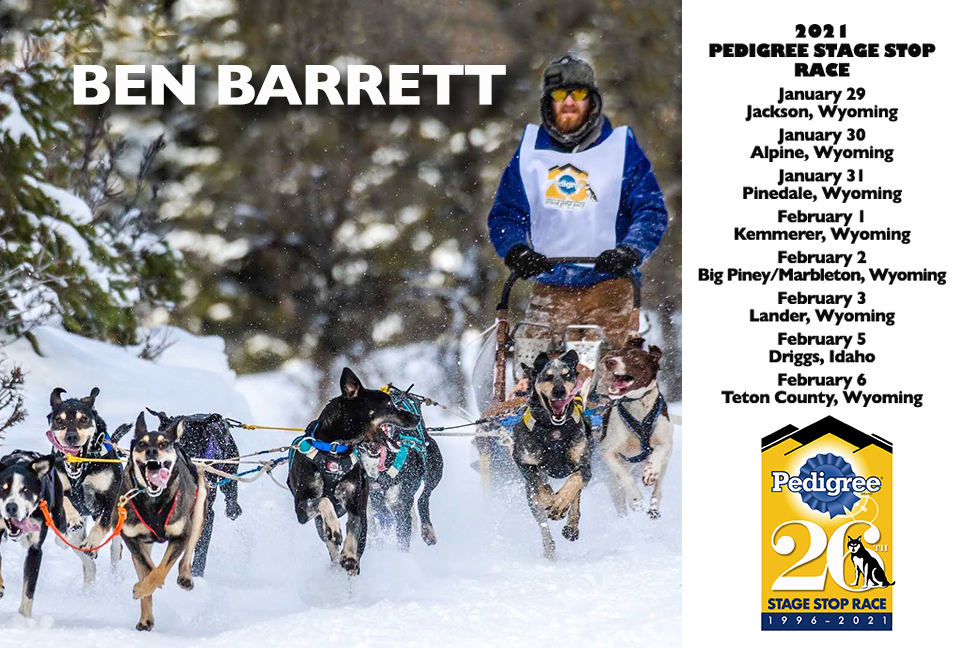 In a normal year Ben would be attending his college graduation in February, but instead he’s coming back to Wyoming to compete in his second Pedigree Stage Stop Race. Ben learned to mush straight out of high school when he was 18, and has been working with Doug Butler in Middlebury, Vermont, for four years now. He manages Cobble Hill Kennel, a dog sled tour company which he helped found, and races their second dog team. Ben is excited to race in Wyoming again and is ready to improve on last year’s time!