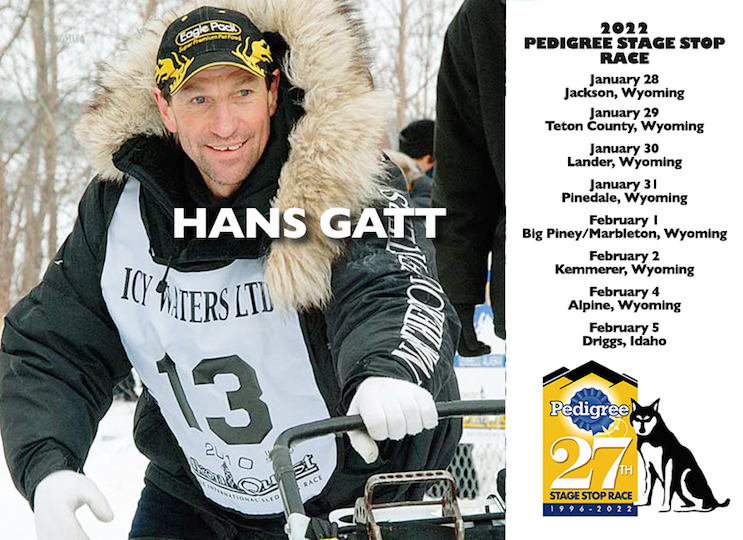 Hans is a dogsled builder with his partner Susie Rogan in Whitehorse, Yukon. He began racing sled dogs in the European Spring circuit in 1987 and moved to Canada in 1990 to pursue stage and distance racing. After winning the Stage Stop four times, he set his sights on the Yukon Quest and Iditarod. Hans has run the Wyoming Stage Stop six times in all, but not since 2001. With 1000-mile racing now behind him, Hans is ready to run the Stage Stop “one more time. Running the Stage Stop is the most fun I’ve ever had racing, and I plan to show up with a team that will finish at the front. But I intend to enjoy the race no matter where they finish. Thank you, Frank Teasley for creating a great event for the sled dog world.”