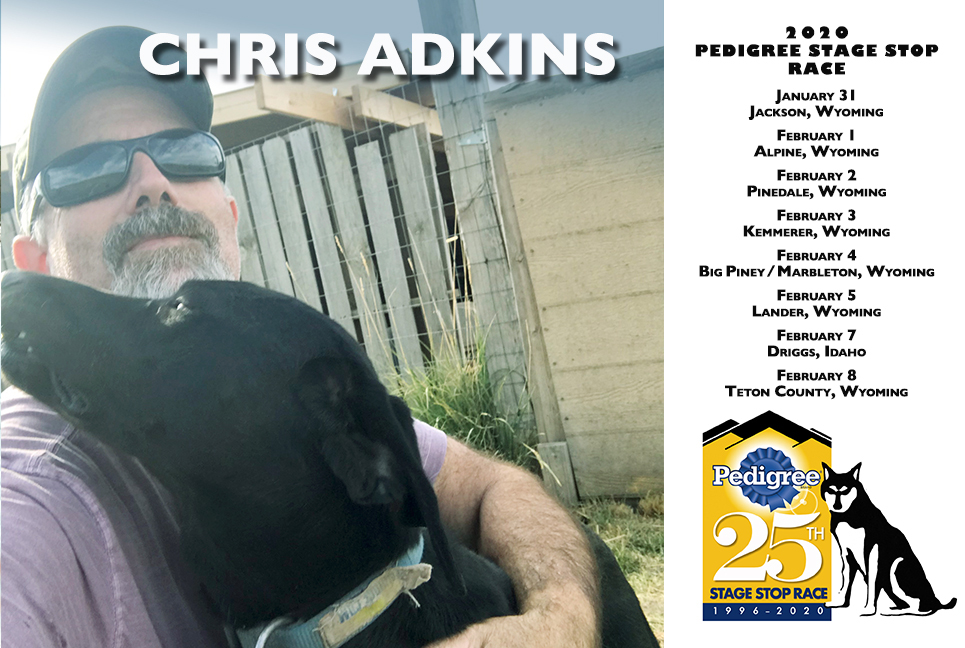 Chris is a lumberyard worker who operates a 40-dog kennel. He’s been running dogs since he was a four-year-old working with his dad’s team. As a boy he competed in dog races in Alaska. Since then, he’s entered the Iditarod which he describes as his “great accomplishment so far.” This will be Chris’ sixth time running the Pedigree Stage Stop Race. Supported by Kaye Ward, AZ; BJ Schuler, AL; Johnson Madison Lumber, MT; and Thiemans Meats, ID. “The beautiful trails of Wyoming and the people associated with the race keep bringing us back!”