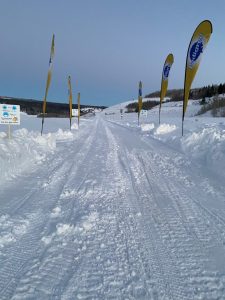 Day 2 in Pinedale is in the books. Conditions could not have been much nicer and all teams finished the race. There was quite a bit of position shuffling going on. Some teams, who finished in the last third of the race moved way up in standings, where some other teams seemed to have tougher runs.

There is not near the amount of snowmachine traffic in Pinedale is it was yesterday in Alpine. Therefore the terrain in more challenging, with much bigger climbs, and higher altitude to begin with. Thus some teams were tested today. It all comes down to the equation of where a musher trains at home, do they have access to hills like these, matter of fact do they have access to 7000 feet of elevation? Snow conditions vary greatly too. For a team like Chris Adkins this was only his second run on a sled of the season. 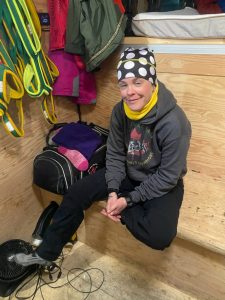 First up: We have a new overall leader. The yellow bib will be changing hands tonight in Kemmerer. Anny Malo had a heck of a run. She came in 1st in todays heat by 1hr and 36 minutes. With that she has an overall lead over Lina Streeper by 1min 5 sec. Those 2 ladies are duking it out, same as in the past 2 years. Each one having won the race twice in the past 4 years. VERY tight competition.

Then there are some teams which improved greatly from yesterday:

Elliot Rivest, running the 2nd team out of the Rivest Kennel, had very smooth run. He finished 6 positions higher than yesterday, climbed 4 positions in the overall standings to 11th place

Bruce Magnusson. He was a whopping 10 positions higher than yesterday, gained 3 positions overall to 15th place 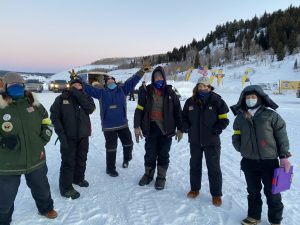 Gwen Bogart. From seeing some pre race videos I could see her team had more speed than what they showed yesterday in Alpine. She was 7 positions higher today than yesterday gaining here 4 places overall to 17th.

Ryan Beaber. Slowest Team yesterday had a better run today running 6 positions higher. It only gained him 1 spot in the overall standings to 23rd

JR Anderson. Having such an equal split time yesterday, it showed that his team had much left in the tank. He was 3 positions faster today than yesterday. It gained him 2 position in the overall standings. With that he climbed in the Top 5, 5th place! 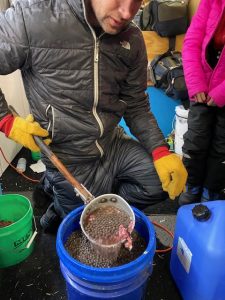 Maria Torgerson had a tougher run. She lost 7 positions from yesterday. In the overall positions she fell by 2 spots to 7th.

Ken Chezik and Jake Robinson both were 6 places slower than in Alpin, both lost 3 places in the overall standings. Ken 12th overall. Jake 13th overall.

Rafael Nelson, who is basically running an 11 dog team, counting himself hin, also had an off day. Loosing 7 spots, luckily only 1 place overall to 16th place.

And then there is the steady runners;

Diane Marquis. In her 1st Pedigree Stage Stop Race. Very impressive and solid performance for both days. Both days in 3rd position and 3rd overall.

Tonight at 9 p.m Moutain time we will do a Zoom Call, hopefully Facebook live video with JR Anderson interviewed by Jerry Bath. Tune on in! 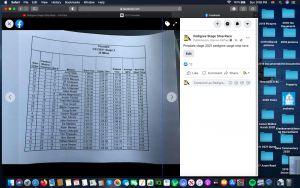 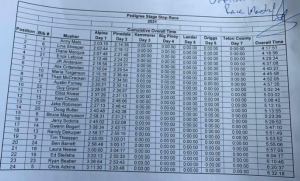