Here we go! The first real Stage, in Teton County at Blackrock. This stage was run last year in 2021 for the first time. It was the last of the stages. Erick Laforce had the fastest time with 1:55.56.  The second fastest time had Anny Malo at 1:56.36 and the third fastest time Lina Steeper at 2:00.36. 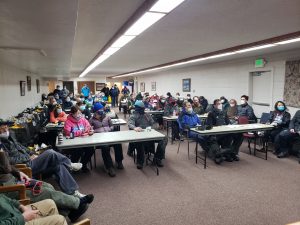 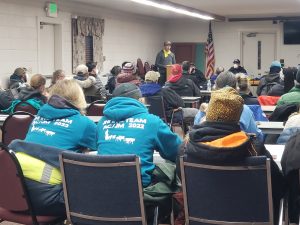 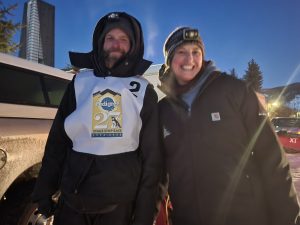 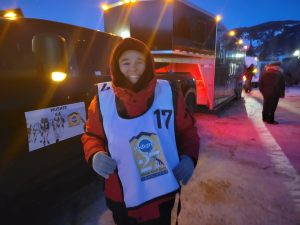 Last nights Ceremonial Start went off without a hitch, well almost, minor little ones, but we do not talk about those….Todays trail should be nice and fast. Snow cover is relatively low and it has not snowed in a while. It has been cold and the trail has been groomed numerous times. So, theoretically that should make for a very fast trail. It is also one of the shortest trails with 29.7 Miles. 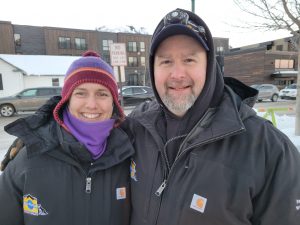 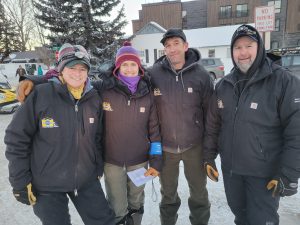 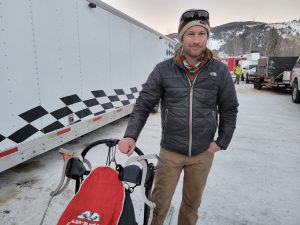 Time will tell how good our internet is at the staging area for a live feed. We will try. If nothing but, on the way to Pinedale we all have to pass through Jackson again, and latest there should be good internet…., I volunteer go to McDonalds wifi!