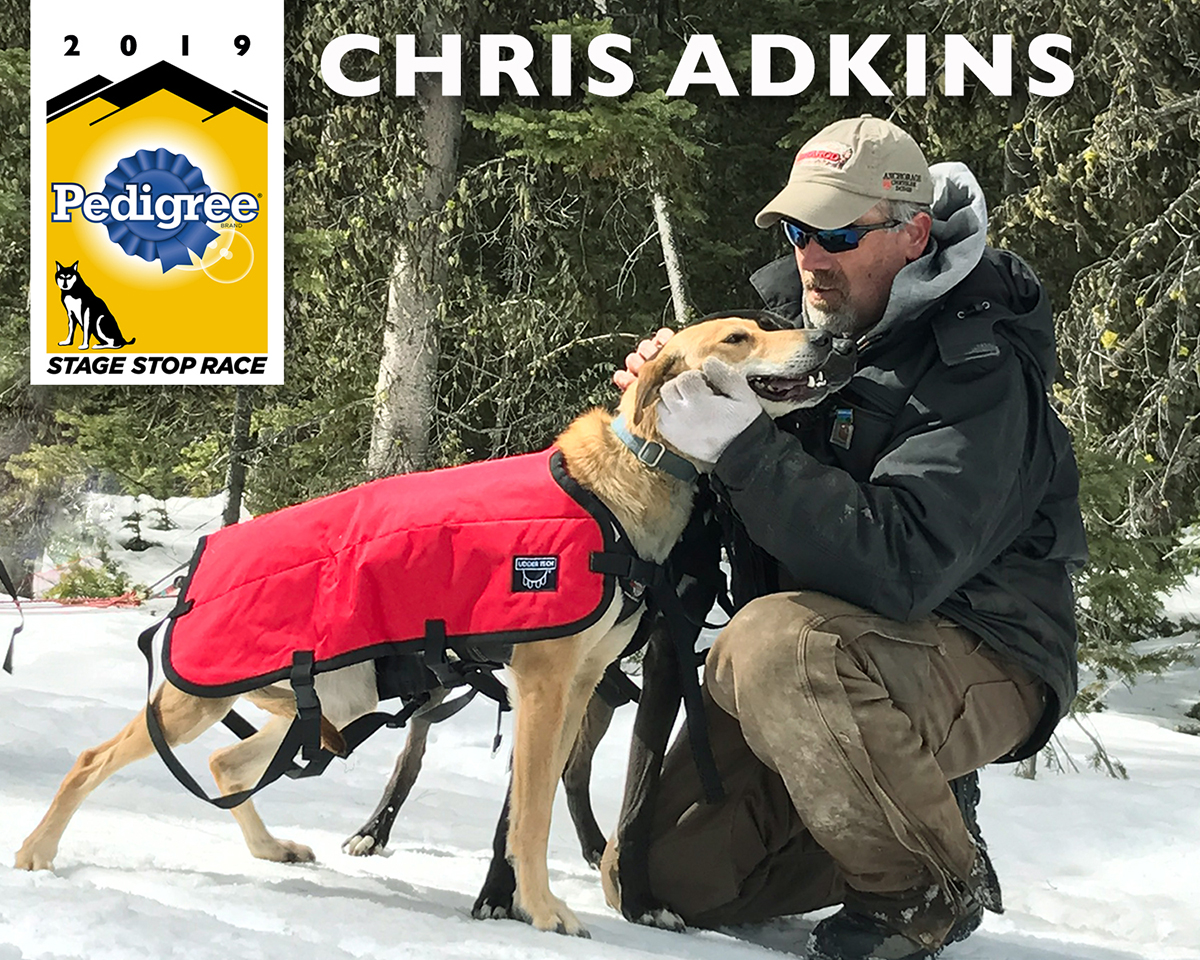 Chris is a lumberyard worker and dispatcher who began running dogs as a four-year-old working with his dad’s team. As a boy he competed in dog races in Alaska. Since then, he’s entered the Iditarod which he describes as his “great accomplishment so far,” especially seeing the trail that his dad, Race Marshall Terry Adkins, had told him so much about. The Race to the Sky, which he’s entered “12 or 13 times,” resulted in his favorite award—in 2010 he received the Best Kept Team honor. He’s also received the sportsmanship award numerous times.