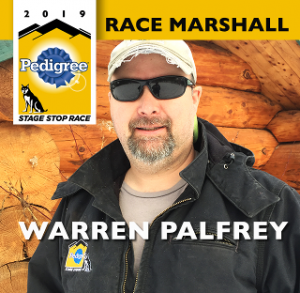 Currently based in Quesnel, B.C, Warren is a lifelong resident of the North. As a Métis, Warren has always recognized the importance of dog sledding to his people’s history. It was a natural fit for him to become a dog musher. He started running dogs in his hometown of Rankin Inlet, Nunavut at age 11 with a trapline team of Siberian Huskies, Eskimo dogs, and Alaskan huskies. Being on the land with the dogs taught him invaluable lessons about dogs. They are great teachers if one is open to them.

Since his start in the sport, Warren has traveled and competed all across north America. He has competed multiple times in the Pedigree® Stage Stop Race, as well as the other “ big ones”- the Iditarod and Yukon Quest among many others. With all things in life, change is constant and after 29 years racing and running dogs new adventures beckon. After a very successful season in 2014, Warren decided to end on a high note and hang up the harnesses as they say. Warren has always been part of organizing and running races, as well as being actively involved in organizing committees. Always giving back to the sport and helping support it, Warren has been helping the Iditarod as a race judge for a number of years, and looks forward to helping out “Frank and his crew” in the Pedigree® Stage Stop as a judge. Warrens says “I certainly am looking forward to seeing all my friends, and working with the best race crew and race support staff in the world!” 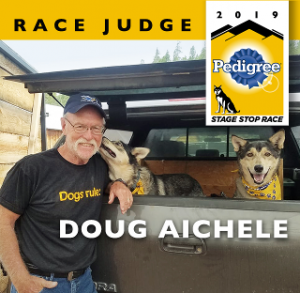 Doug Aichele lives in Stillwater, OK where he maintains a small ranch and dog kennel. He is a recently retired professor (former Regents Professor) at Oklahoma State University (OSU) where he taught for many years. He has been active in sled dog research with OSU veterinarians; in particular, he contributed to the noted dropped dog study (Yukon Quest) and was a co-author of the resulting published paper.
His love for animals, dogs in particular, has always been a part of him. Currently, his sled dogs in Stillwater are Gumbie, Vulcan and Vixen. Gumbie is an Iditarod and Yukon Quest veteran (2010 Pin and Patch Dog); Vulcan is Gumbie’s son and has also raced; Vixen is Gumbie’s daughter and has also raced. Together with Gumbie, Vulcan and Vixen, Doug has showcased sled dog adventures over 50 times in presentations at elementary and high schools, universities, and private businesses in Oklahoma and Colorado. Doug has handled sled dogs for Warren and Kate Palfrey’s Northern Star Kennels at the Iditarod, Canadian Challenge, and IPSSSDR. He has served as a race Judge for the 2015 and 2016 IPSSSDR; he will be a Judge again in 2017.
Background.
Married to Kathryn Castle Aichele; sons Adam and Clint (his wife, Melanie); grandsons Sawyer, Beau, Paul and Joel.
University of Missouri-Columbia. Degrees: bachelors, masters, and doctorate (1969). Service: U.S. Army (ROTC).
Other Interests: Mountaineering (climbed over 40 of Colorado’s Fourteeners). Motorcycling.
Contact Information.
Email: doug.aichele@okstate.edu Telephone: (cell) 405-334-9403
Gumbie’s Facebook: Goodboy Gumbie (he has over 300 friends) 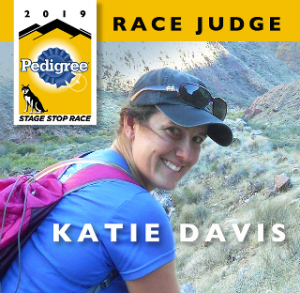 Katie found a passion for sled dog racing after running dogs as a tour guide for Jackson Hole Iditarod Sled Dog Tours in 2001. She competed in the IPSSSDR in 2003 and 2004 with the Teasley team, and 2006 as part of Doug Swingley’s racing team. She also ran the Iditarod in 2006 with a team of Swingley puppies, and the 2010 Yukon Quest with her own team. Shilo, one of her lead dogs in 2006, has retired to a position as Katie’s skiing and cycling companion and has become a connoisseur of cushy beds and cozy firesides.

She received her BA in Biology from Wesleyan University in 2001. After retiring from racing, Katie started graduate school in Environmental Engineering at Bozeman, Montana. She’s currently a research engineer at Montana State University working on groundwater remediation. “It will be fun to be back in Wyoming again to see some familiar faces, and make some new friends at this year’s Stage Stop,” says an enthusiastic Katie. 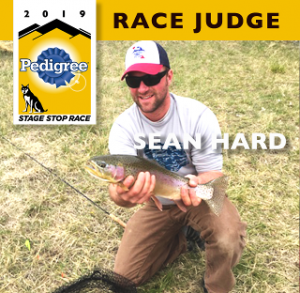 Sean and wife Brooke Bohannon (see Brooke’s bio) maintained a kennel of dogs for over 16 years. Together with their four-legged athletes they went on many adventures from New England to Alaska and eventually landed in Whitefish, Montana. After competing in the 2009 Pedigree Stage Stop and helping Aaron Peck in 2010 and 2012, they decided it was time to get involved.  “Some years have passed and now it’s a wonderful opportunity to give back to the race, connect with old friends and make new ones,” says Sean. Throughout the year I wear three hats: custom home builder, dog sled builder for Adanac Sleds and Equipment, and farmer at our vegetable farm. When not working, I can be found at the river fly fishing. 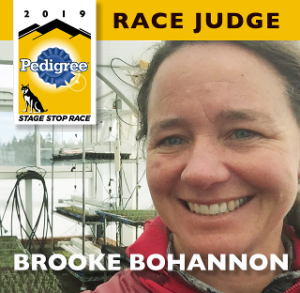 Brooke lives in Whitefish, Montana with husband Sean Hard (see Sean’s bio). They acquired their first sled dog in 1995. Both Brooke and Sean worked as tour guides in Juneau for Alaska Heli-mush from 2003-2005. Brooke competed in the Seeley Lake 200; handled for Sean at IPSSSDR 2009 and for Katie Davis at the Yukon Quest in 2010; and co-founded Flathead Sled Dog Days (now Flathead Classic). Now, dog free, Brooke says she spends her time “toiling in the soil at our diversified vegetable farm, The Wicked Good Farm. I also lend Sean a hand in building dog sleds. I am looking forward to assisting in this year’s Pedigree Stage Stop — the mushing community holds a special place in my heart.”