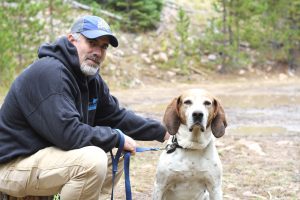 Hello Pedigree® Stage Stop Race Fans. The last time I have seen Chris Adkins was 10 years ago in Anchorage for the 2010 Iditarod start. We were parked behind each other on 4th Avenue for the Ceremonial Start. Our paths did not cross much during the race with me finishing 7th and Chris coming in 50th. He had ” an interesting race ” that year to Nome. Already in Ophir, before the half way point, he was down to 9 dogs. Once leaving Galena on the mighty Yukon River ( one of my favorite Checkpoints on that race ), still about 400 miles from Nome,  he was down to 8. after that, there is not much room for error. 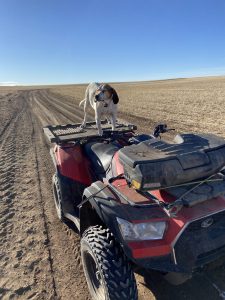 Chris was quick to point out, that taking care of the team had gotten much easier with only 8 dogs. He preserved and finished well in Nome. There were 5 more teams coming in behind him. Oh those were the wild days. Lance Mackey finished his 4th consecutive Iditarod Championship in 2010. I still remember the beautiful Northern Lights pulling the hook in Galena at 3 a.m. that morning en route to Nulato. There was ground fog on the river, yet the lights above so bright, that the whole sky shimmered green. About half way to Nulato, the fog disappeared and the Northern Light Show was nothing short of phenomenal.

While I raced one more year in 2011 and then focusing on tours, Chris stayed at it and is still addicted to the thrill of standing on the starting line.In 2010 he raced the Stage Stop Race as training for Iditarod. No mushers are doing that routine any longer. The distances have gotten too short in Wyoming. After taking a bit of a break Chris came back to the Jackson starting line each year since 2016. His best finish to date is 11th place. 2020 is going to be his 6th time for the IPSSR. 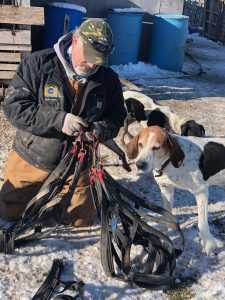 Having not seen the different stages myself yet, I like to ask what favorite stage a musher has. Pretty much everybody has said that this is a difficult question. They are all different and beautiful in their own way. Chris said” Kemmer is cool with no wind. Driggs is very technical and Alpine the rolling hills along the river are beautiful. Usually on the last run I throw everybody left standing on the line

I can’t wait to see that country myself. Chris has already run the West Yellowstone Race, finishing a strong 3rd place there in the 8 dog Rodeo Run.  After the Stage Race he plans to head down to the Copper Dog 150, starting Feb 28th in Michigan. 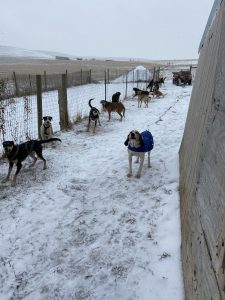 Training for sure is a challenge for Chris, with working full time for a lumber yard in dispatch. As that would not be enough of a challenge, to balance work and racing:  Where Chris lives at 3500 feet of elevation, there is no snow.That means a lot of ATV training on the road system.

Chris is hoping to go faster this year, than in the past. With having a distance mushing background it can be unnerving watching the dogs stretch out and run so fast. When asked if he is carrying a GPS: ” Normally I do, but it would help if I take it out of my pants before putting the pants into the washing machine”.

On that ATV he always carries a special passenger. None other than his main man. His buddy. Named Chance. Chance is a Mountain Lion Hunting dog. If I caught that right he is Walker Hound. Chris’s son picked him up. Once leaving for college Chance ended up staying behind and being part of the main foundation of the kennel. Many dogs are his offspring.

Chance seems to be quite the character. Not only does he come along for every ride. He needs to be in charge and Chris put it: ” And if you get in his way, where he can’t see the team, he gets pissed ”

Enjoy the video of Chris with his best friend Chance. Photo on video by shannonmillercreative.org