Hello Pedigree® Stage Stop Race Fans. There have been a few changes in the 2020 lineup, which currently sits at 18 mushers, from 21 who had originally signed up. A lot can happen from signing up for a race mid summer to race time. Be it personal injury, training not going well, or as in the latest case of Colby Evensen having been impacted by a flood mid winter. Yes you read right, a flooding in the middle of winter, in Alaska. It happened when Willow Creek went over its banks and created massive amounts of overflow. If you are interested in reading up more here a link of the Anchorage Daily News: https://www.adn.com/alaska-news/2019/12/22/flooding-causes-evacuations-in-willow/ 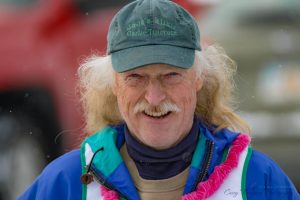 Between Grant Beck being impacted by severe cold, Colby Evensen by flood, 2 more Mushers are having a problem on the opposite spectrum of winter: While Alaska and Yukon had been gripped by a bout of good old fashioned cold, on the other side of the country, Benjamin Barret and Doug Butler of Cobble Hill Kennel have been dealing with getting no snow at all and temperatures being above freezing for most of the winter in Vermont. For both Ben and Doug it is their first entry for the Pedigree® Stage Stop Race. It has been a dream for both to participate. 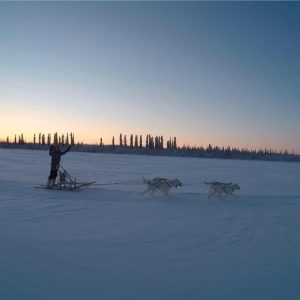 Doug Butler has been mushing for 45 years and in the 2018 season, he fulfilled another lifelong dream: Traveling to Alaska and running in the ONAC in Fairbanks. Benjamin Barrett has started his mushing career 4 years ago in Inuvik, while working for Judy and Olav of Arctic Chalet Kennels.  College has brought Ben back to Vermont. That is where he started working as a tour guide for Doug. In 2018 the pair raced local races in New England with 2 teams, before heading north to Alaska. So far this winter every single race in their area has either been cancelled or postponed.

That has not kept them from training and they are running 4 to 5 times a week using an ATV. Out of a kennel of 60 dogs their are running 2 teams of 16 for their race teams. There are several 2 year olds in the group and the oldest dog is 8. A few more females than males are in their race pool. Doug and Ben have also trucked their dogs into mountains of Vermont to get some snow training in. 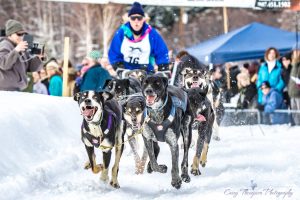 Weather and circumstances have not been kind to Doug. Last summer he had to give up his third generation dairy farm and was forced to sell all of his Dairy cattle. Now having no snow, specially over the busy holiday season, does not help matters. For each tour operator the Christmas holidays usually create a main part of the income. They tried offering cart tours, but often it was too icy for that. Doug and Ben have not given up on their dream to make it to Jackson Wyoming and are doing some last minute fund raising. Lets hope it all works out and they can hit the road next week to Jackson Wyoming.