Hello Pedigree Stage Stop Fans. The Kemmerer Stage is known for beautiful vistas and sometimes challenging conditions. It delivered on the latter. Trail Boss Matt Redwine and Cody had gone out early to establish a base trail and were able to give a trail report at the 8. A.m. Mushers meeting. Challenging, yet doable conditions awaited the Mushers.

A stiff east wind with falling snow. Anywhere from 2 miles visibility to half a mile when tbe snowfall  became more intense.

Most Teams left with full strings of 10. Jeff Conn elected to run 9 and Ben Barrett with 8. For Jeff the run did not go smooth. His team ended up following a snowmachine track, which paralleled the main trail at about mile 6. Bruce Magnusson’s team did the same and both lost significant time. I will upload some videos with both mushers later. Lina Streeper also seemed to have had issues at that spot, to a much lesser degree. In an interview with Anny Malo, Anny will talk about that.

Here is a selections of photos from today. Enjoy. Official times to follow in a bit: 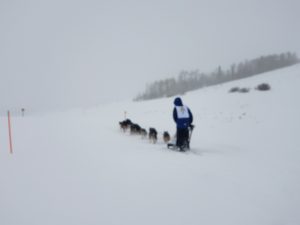 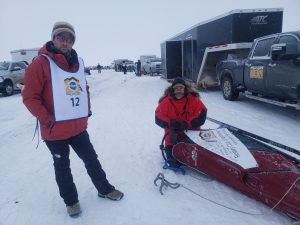 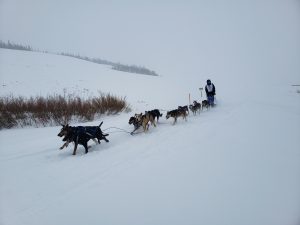 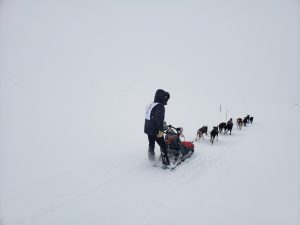 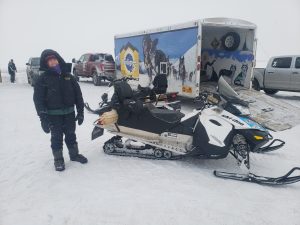 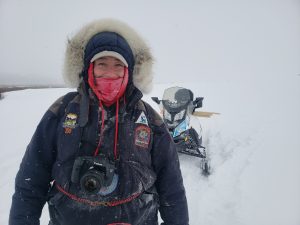 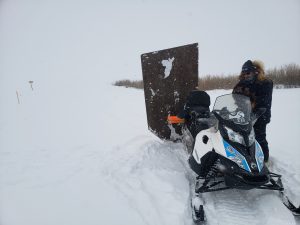 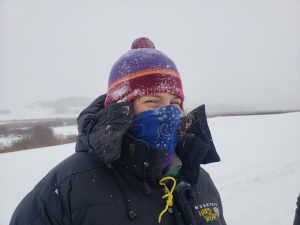 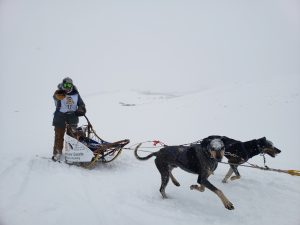 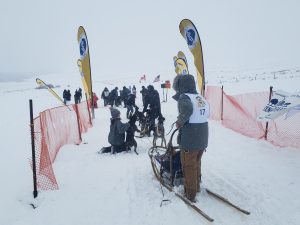 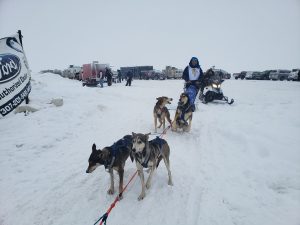 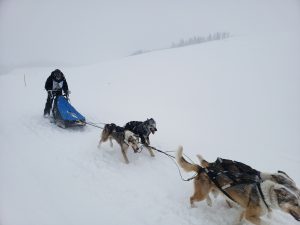 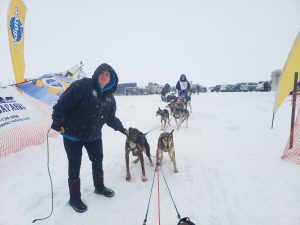 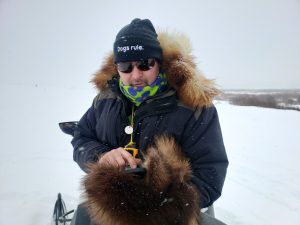 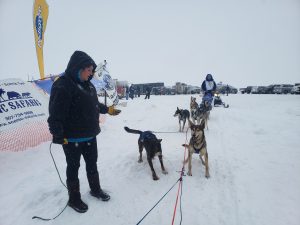 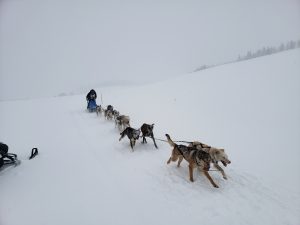 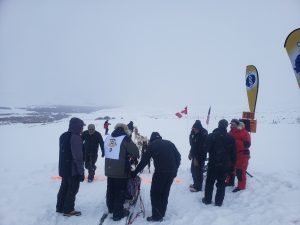 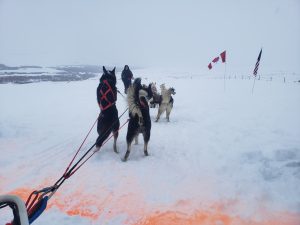 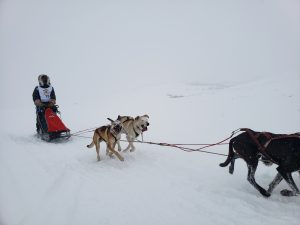 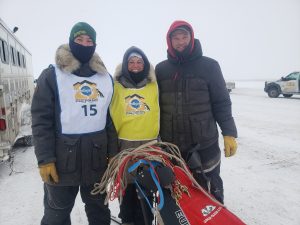 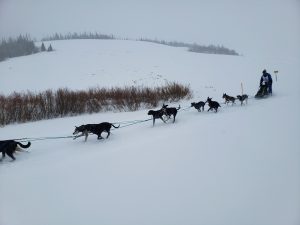 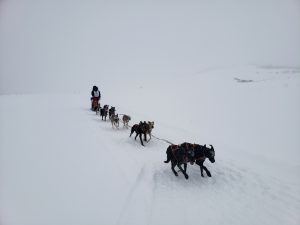 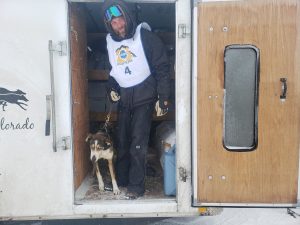 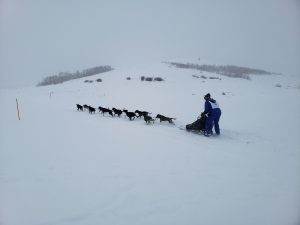 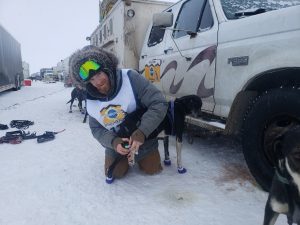