Teams are headed to the Upper Green Valley Parking lot for a second time. Yesterdays stage was run there, instead of Lander, due to snow conditions. Only the first part of the trail, in the flats, will be the same as yesterday, then Mushers will climb to above 9000 feet.

As it looks the field is down to 23 Mushers with Erick Laforce not starting. It is supposed to get windy, with 20 mph throughout the day. With the reverse starting order, Geneva Lyon is once again the first team out, and Anny Malo wearing the yellow bib, will bring up the rear. But not for long…..

Only 2 minutes separated Anny and Lina yesterday. Notably Lina had the faster split times on the return leg. Cathy Rivest ran only 2.5 minutes slower than Lina and Hans Gatt 30 seconds behind that. Austin Forney rounded out the Top 5, so he will start at 9.57 this morning. Musher have been busy, most elect to run without booties and foot care is paramount at these high travel speeds. Time will tell what the predicted winds will do to the well groomed trail.

Unfortunately, very likely same as yesterday, there is not enough reception for any live feeds from the trail. 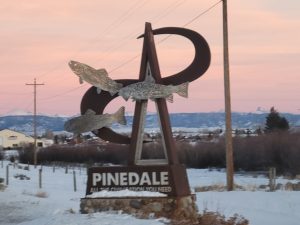 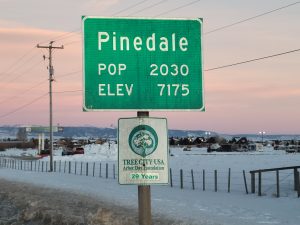 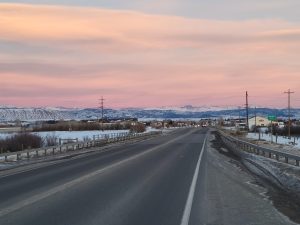 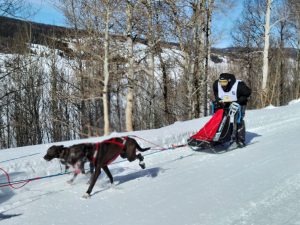 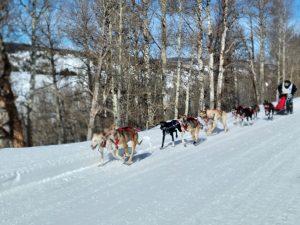 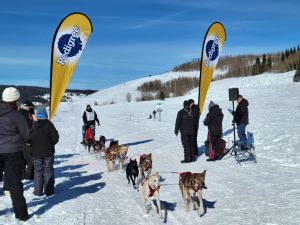 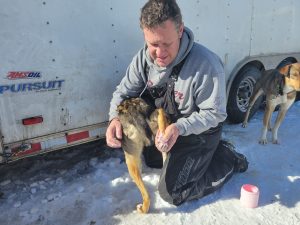 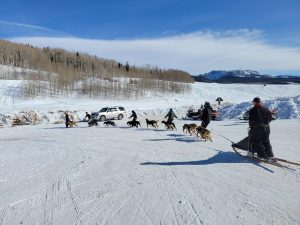 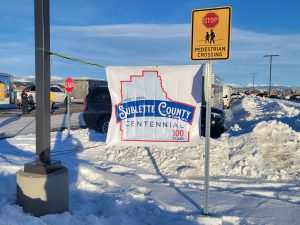 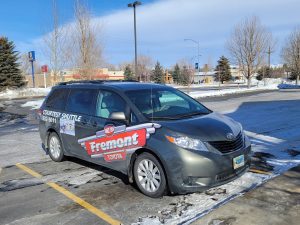 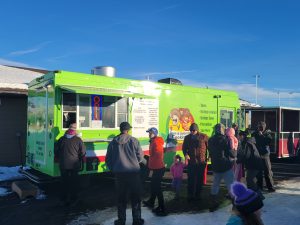 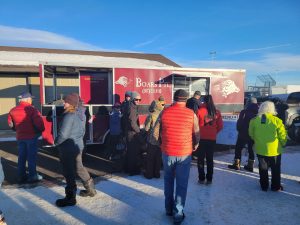 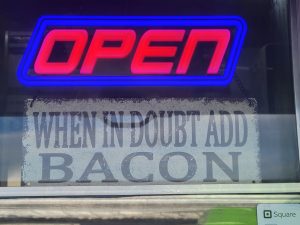 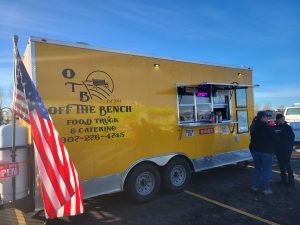 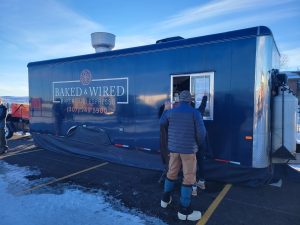 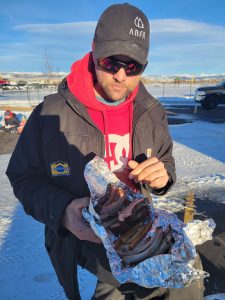 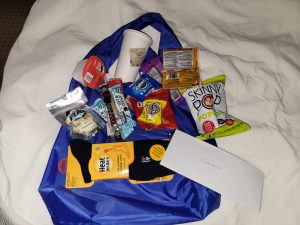 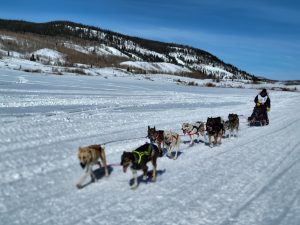