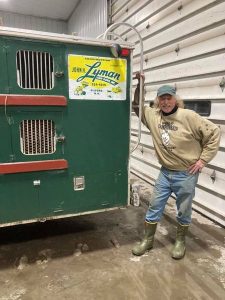 Those of you who followed the 2020 Pedigree Stage Stop Race for sure can remember Doug Butler and Ben Barrett from Vermont. Especially from the times when somebody gave Doug a microphone in the starting chute ( no PR System there this year, with not encouraging in person spectators ). Doug is quite the character. For his handler Ben the 2020 run was his first big race. It was fun to watch im learn throughout the different stages. In Big Piney/ Marbleton Ben had a tough day, finishing about an hour after most of the other teams.  Yet by the last Stage in Teton County he had proven, that he could keep his team together. Doug finished 13th and Ben 15th overall in 2020.

So it is fitting to introduce Princey one of Ben’s go to dogs. She is Ben’s main race leader! We want to extend a big thank you to J.p. Coseno for sponsoring this superstar. 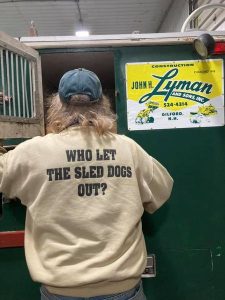 Last year at the Stage Stop Race Princey ran in lead for 6 out of the 7 days, as well as leading every day in Laconia and Morrisville back east. She learned to lead at the 2018 Open North American Championships in Fairbanks, Alaska, after Doug’s longtime leader Jackie got sick right before the race. Princey ran 2 out of 3 days in lead there, learning to pass teams and running super.
These days, she’s a rock solid leader with tons of confidence. Princey can be a bit stubborn at times, especially if she doesn’t think she’s running enough. When we run shorter distances giving tours in Vermont she never wants to turn around!
Incredibly friendly, Princey is many people’s favorite dog at the kennel. She’s got beautiful blue husky eyes, and her right eye is half brown as well. She’s always one of the first dogs to howl after dinner each night, leading the kennel just like she leads teams. 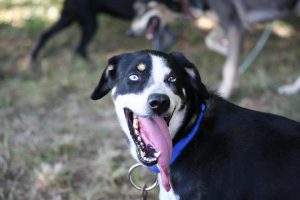 She is definitely good enough to race on the top team, and would be better than almost every dog on it. But instead she anchors the first team as she’s the next best leader after Abby and Gwen.
Check out the link below if you want to sponsor your own race dog! Stay tuned for more dog posts – the race starts Saturday!
https://www.cobblehillkennel.com/product…/race-sponsorship 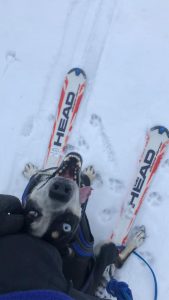 Doug and Ben have a long drive from Vermont. And they are doing that drive in a well aged dog truck. I remember a time or two when we were wondering if Doug’s truck would start in the staging area. So it is not too surprising to hear that they are having some truck related adventures on their treck to Wyoming:
”  A nasty blizzard last night slowed us way down through Iowa and into Nebraska before forcing us to stop for a few hours because the roads got so bad. We’ve passed at least a hundred cars and trucks stuck off the road in the last 24 hours. When the storm cleared this morning and we hit the road again, we found we had no brakes on the truck! 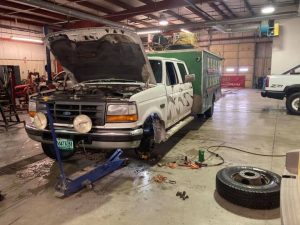 Thankfully we were just outside a decent sized town and not in the middle of nowhere. A couple of awesome mechanics at the Janssen Ford of York dealership spent all morning working on her and helped us get back on the road. They got our back brakes working but couldn’t get parts in in time for the front ones, so we’re limping the rest of the way to Jackson Hole!
At this point it’d probably be easier to dogsled the rest of the way to Wyoming but we’ve still got 800+ miles to go. Hopefully we can get there in time to do a short training run tomorrow at altitude and get the brakes fixed before the race starts!”
Keep your fingers crossed for continued ( safe-ish ) travel, so that Doug and Ben make it to Jackson in time for Friday’s Vet Check. 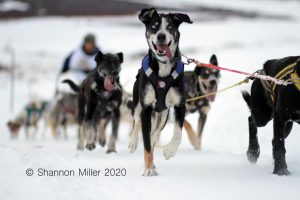 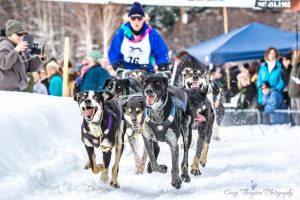 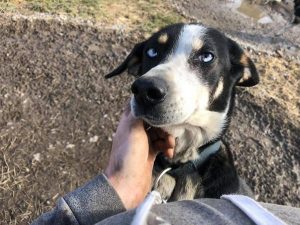 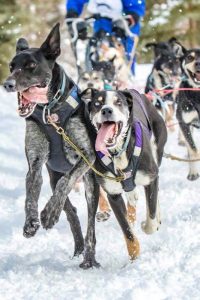