Hello Race Fans. Last night the 25th Edition of the Pedigree Stage Stop Race concluded with the awards ceremony a the Jackson Convention Centre. Race Director Dan Carpenter led the evening. All mushers had a chance to come to the podium to thank their sponsors and tell stories from the trail. 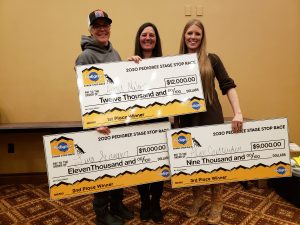 That included everybody including Jeff Conn, who withdrew from the race before the Driggs Stage. He held an emotional speech telling stories from his past races here in Wyoming and that this was his last Pedigree Stage Stop Race. Rafael Nelson entertained the crowd with his take, on how he dealt with only finding out short before the race, that he was going to be part of it. The otherwise relatively quite musher sure displayed some great public speaking skills.

3rd place Alix Crittenden also took to the podium a while, telling great stories. Somehow this is not entirely surprising. Not only has she learned running dogs from Race Founder Frank Teasley, she has obviously also looked towards him when it comes for entertaining the crowds. 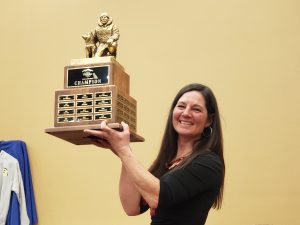 Frank chimed in throughout the banquet. He is very proud of ” His Stage Stop Family “. And he has every reason to be so. Having been around many races over the past 2 decades, I have never experienced a race where there was absolutely no ” whining and moaning ” going on. Not once. Zip zilch! It indeed is a big Stage Stop Family and one who gets along very well! The Mars Family honored long standing volunteers with very nice, special edition, sterling silver knifes! They seem to be equally proud of their Stage Stop Family as Frank is. 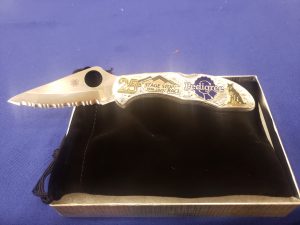 For anybody interested in the different speeches, please check out Facebook page.  The whole evening was live broadcasted on there.

Almost forgot…. here the split times from the 7th Stage! 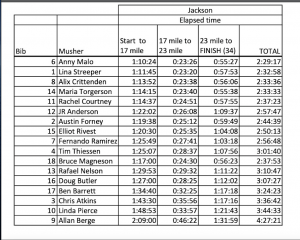 Here a selection of pictures from a fun evening! Mush on! 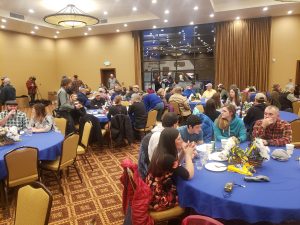 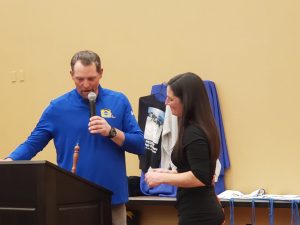 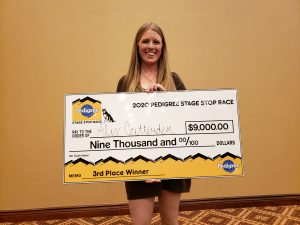 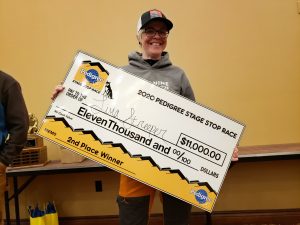 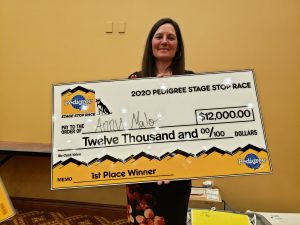 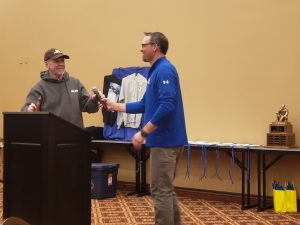 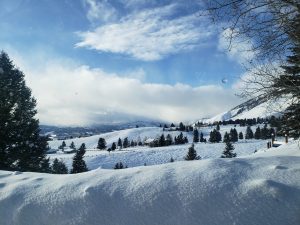 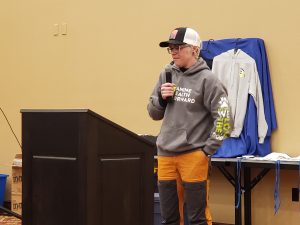 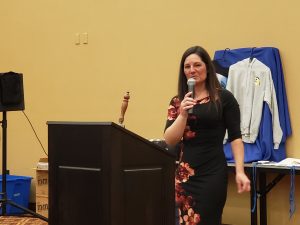 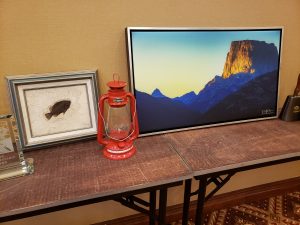 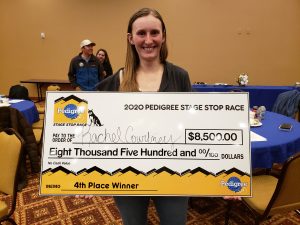 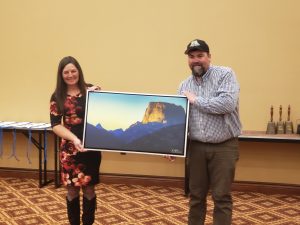 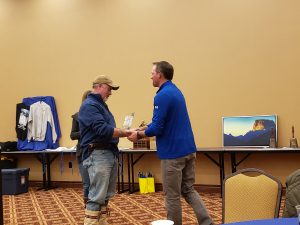 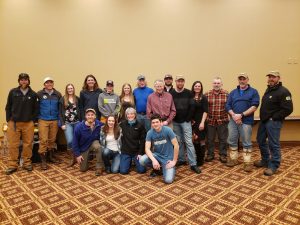 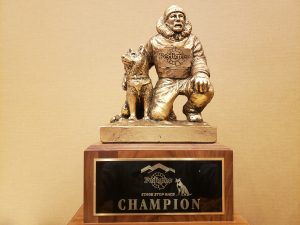 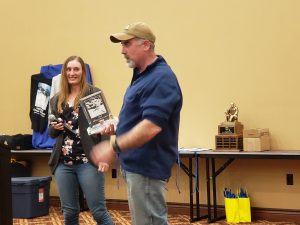 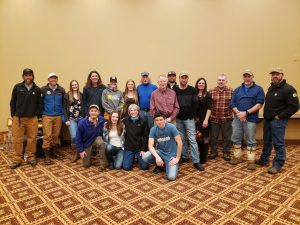 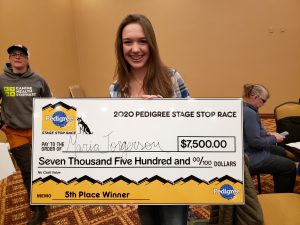