here comes the second part of the Interviews with Champions.

In the meantime a weekend of racing is behind for some of the Stage Stop Mushers. And in true Champion Fashion Lina Streeper won both, the 10 dog and 8 dog class, in the West Yellowstone Wildfire Defense Special. It was run over 2 days, each stage being 23 miles long for the 10 dog class, on an out and back trail. 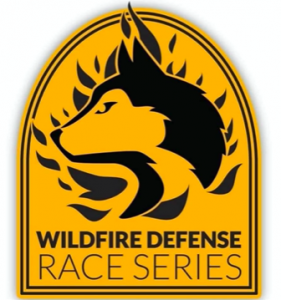 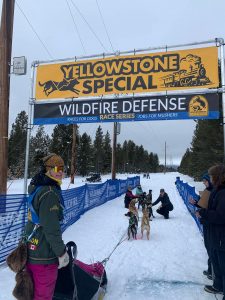 The second Streeper team being run by Dave Torgerson finished in 2nd place. It would have almost been an all Top 3 victory for the Streeper, if it were not for veteran Hans Gatt. Hans is running more traditional style Huskies, matter of fact all of his dogs ran in the 230 Mile Yukon Journey in 2021. His performance here, with 3rd place overall, shows how versatile his dogs are and also how well Hans is adapted to training for different styles of racing. He was 1 minute and 23 seconds slower on day 2 than the winning team of Lina Steeper. 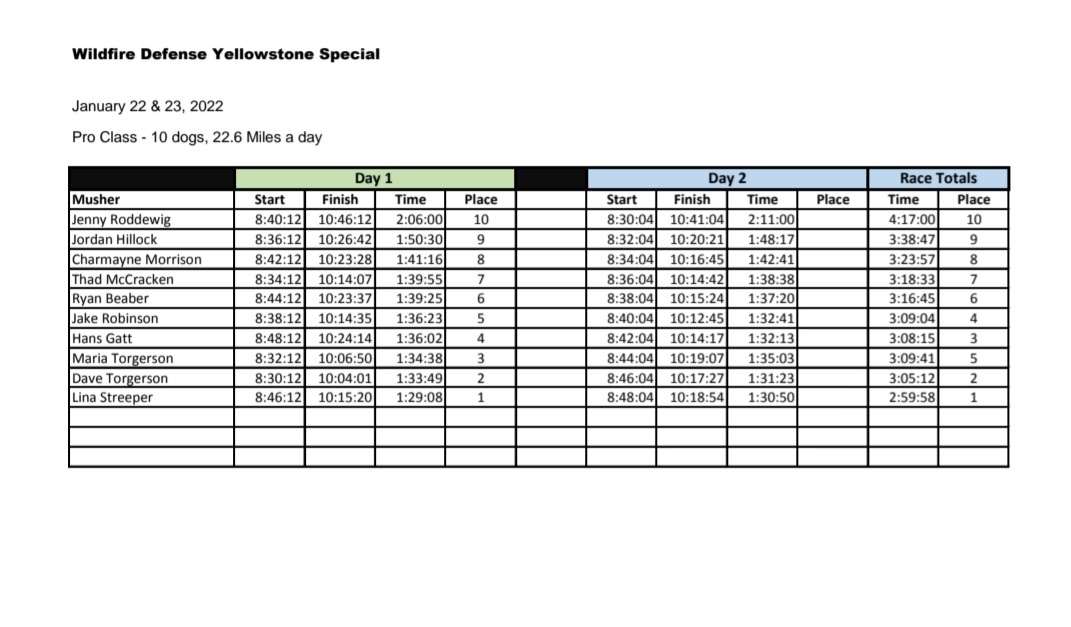 Thad McCracken, Jake Robinson, Ryan Beaber all has solid performances in the Yellowstone special. There is no better training for racing than racing. Specially this racing format being near identical, just less mileage, to the Pedigree Stage Stop Race. Plenty of head on passes with the reverse starting order on day 2. Buddy Streeper caught some nice video of that on their Facebook page:

And here, as promised, the next parts of the pre Race Interviews with Anny Malo, Lina Streeper and Hans Gatt: