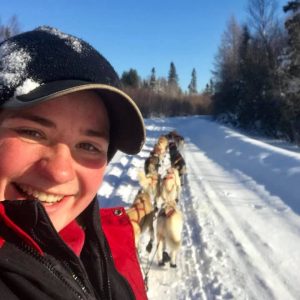 It is getting time to introduce some of the 2021 Mushers. The first Mushers I have been able to catch up with are Laura Neese and Ed Stielstra, both running dogs out of Natures Kennels in McMillan Michigan. Both names are normally more synonyms with Long Distance Racing and offering Sled Dog Tours (https://www.natureskennel.com ) 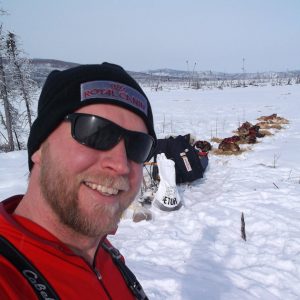 Ed had his debut in the Iditarod in 2004 Iditarod and has run the race a total of 9 times; with a career best of 33rd place. His last Iditarod Race was in 2016. Ever since, he has given the helm of the A team to Laura Neese. She ran her first Iditarod in 2017, finishing 42nd  in her Rookie year and raced to Nome again in 2020, coming in 31st. Ironically gaining 11 places took her a whopping three and a half days longer in 2020. I am sure Laura has plenty of stories to tell about the wild ride in 2020, specially along the coast. Laura has raced the Yukon Quest 3 times too, highest finish 3rd in 2018. Actually her 1st 1000 Mile race ever, the 2016 Quest, she left the starting line 1st. Not bad to be leading right of the bat in your first long distance race 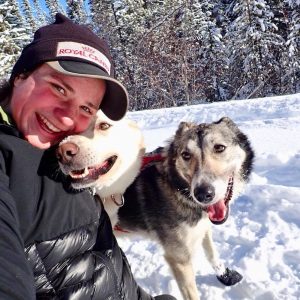 When asked what prompted them to run the race this year their answer was: ” One of the reason we go to Wyoming is to support a race. Because the fact they are having a race, we applaud “. Ed has handled during the race 20 years ago when Doug Swingley and Melanie Shirilla were running it. Hans Gatt won that year and Melanie came second. There were still 12 Stages in the 2001 race. For Laura Neese those thoughts began during the last 200 Miles of Iditarod last year. She began thinking about the future of the team: ” The yearling year is the most important year in the overall career of a dog “. In the spring of 2020 the decision was made to focus on the yearlings and to run them to build the future of the kennel. The possibility of running a 1000 Miler was questionable with Covid in early summer. So after sitting around the campfire with Bruce Magnusson the decision was made to sign up for the 2021 Pedigree Stage Stop Race. ” I have been watching it since I was 12 years old and there is no better year than now to run it “. 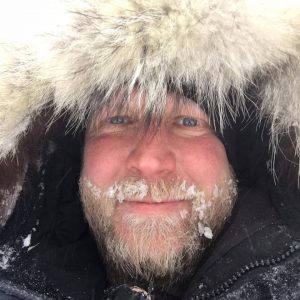 When asking what prompted Ed to sign up too? ” Well I did not think there is much of hope Ed would go, but he said if I do all the paper work, I run your second team ” Laura quipped.  I can relate to that, paperwork was never my favorite part of dog racing. So it is clear that Laura will run the A string. Matter of fact Laura pointed out: ” The yearlings have been running with me since last April. I am interested to see what they think of Ed on the sled “. Now this could be entertaining.

Another part which is interesting for both mushers: There are only a handful of teams they have ever competed with: ” Lets see where our dogs are and how fast the 1 year olds can run. We are looking forward to see Frank Teasley, as he is such a great guy “. Could not agree more. 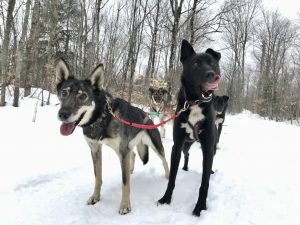 They have had 33 dogs in training, of which 24 are yearlings. With training shorter distances, it has been a very different winter from previous years. Overall it allows more time to train each dog with only doing 30 mile runs. Snow  conditions have not been cooperative. Where last year they were one sleds November 8th, this year sled time did not come until December 28th. Worse off, it has remained a dry winter, the lake effect snow machine has been turned off. Laura lately had to switch back to a Snowmachine for training, in order to train larger teams.

Any yearling with any leader potential can get a chance to run up front. Talking about leaders, some of the more experienced ones are Woodstock and Aruba, both 8 years old; both are 6 time Thousand mile Finishers. Perez and Mark are 5 and 4 years old. Andy and Barney are 3. They plan on traveling with a whopping 37 dogs on the truck, taking along a couple of 5 month old for the travel experience. They sure got their work cut out, with traveling with such a big group of dogs and young dogs to boot. It is a family affair with both Ed’s kids coming along, Nate ( 10 ) and Fern ( 8 ). 10 Females and 23 Males are in the roster for the race teams, all females in heat will go to Ed. 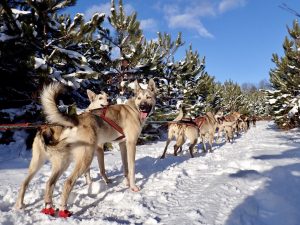 Eukanuba Premium professional is the dry food of choice at Natures Kennel and it is supplement with beef. Laura was quick to print out that she likes to keep things simple: ” I do not like to go crazy with anything”. He no nonsense approach has been very visible during here Yukon Quest performances.

Laura and Ed will begin their treck to Wyoming next weekend and plan to train out of the Alpine Trailhead for a few days prior to race start. Wise choice! It is a beautiful trail along the Grey’s River. Welcome to the Pedigree Stage Stop Race family Laura and Ed.