Hello Pedigree® Stage Stop Race Fans. Stage 6 in Driggs in Idaho is in the books. And what a stark contrast to the sunny and calm Stage 5 in Lander Wyoming, 2 days prior. It started snowing yesterday and basically has only let off for a few hours here and there. That meant definitely not a fast trail on this stage, which is pretty hilly to begin with.

Unfortunately Day 6 saw the first Musher pull out of the race. Jeff Conn from Alaska decided to not start. His dogs have gotten sick. He called Race Marshal Warren Palfrey the night before. As it sometimes is with scratches, Warren wanted to give Jeff a night to sleep on the decision and waited till race start to announce that Jeff was not starting,  in case he changed his mind. It is always sad to see a team to drop out of a race, specially a team which has traveled all the way from Alaska and was sitting in a strong 5th position. 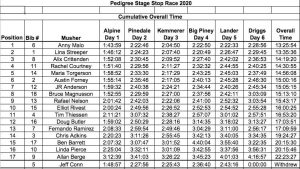 While in previous days the average team speed was up to 16 mph, today painted a different picture. The fastest team in the race was once again Anny Malo, with 12.9 mph, followed by Lina Streeper with 12.8 mph. That meant that Anny Malo once again defended her yellow bib. She ran the 32 Miles in Driggs 49 seconds faster than Lina Streeper. This means 5 out of 6 stages Anny had the fastest runtimes.  Comparatively speaking: Today Anny Malo has put a period behind the sentence. She is now 9 minutes and 18 seconds ahead of 2 time Champion Lina Streeper. 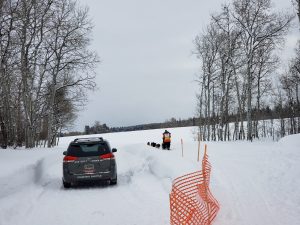 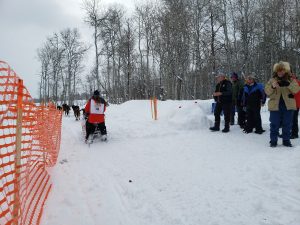 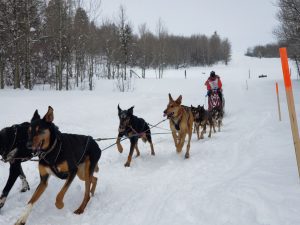 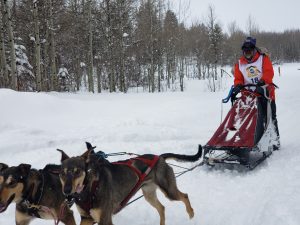 Both Anny and Lina are running a bit in a league of their own. Their nearest competitor Alix Crittenden is about 45 minutes behind. Not only was Alix 3rd place in 2019, she is 3rd place overall and ran the 3rd fastest runtime today in Driggs. It is safe to say that she is locked into that position solidly.

Rachel Courtney only had the 7th fastest runtime today in Driggs and is still hanging onto 4th place overall. She is in a bit of a tough position, with dealing with truck problems. After her truck supposedly being fixed back in Lander,  it made if for 70 miles, before breaking down in Dubois again. Luckily the tight knit Pedigree Stage Stop family is coming together ( once again ), to help Rachel and handler Maria in this unfortunate situation. Rachel has been separated form her handler and extra dogs for the past few days. 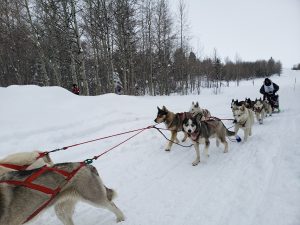 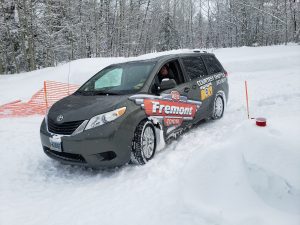 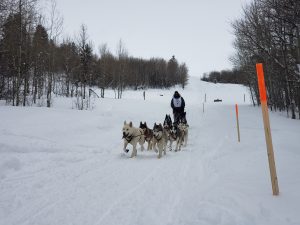 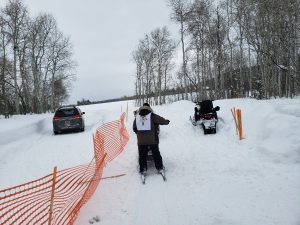 Maria Torgerson had her best performance today with finishing in 4th position for the day. In the previous stages she repetitively had problems in the turnaround loop, which have cost her ( and some other teams ) valuable time. Today Maria had a clean run and was able to climb in the overall standings from 8th to 5th position.

That means all Top 5 teams are women. Austin Forney only came in 7th position during this very snowy and warm stage.He is in 6th place overall as of now. That would be his best finishing position in his Stage Stop Career.

When JR Anderson passed up at Mile 30.5 his leaders were kind of unsure of the impromptu trail party going on. He ended up finishing 6th for the day and is currently in 7th overall. That impromptu Trail Party is called the ” Big Hole Bandits “. They are a family living at the end of the road, right alongside the trail. Driggs has been a stage since 2015 and the Big Hole Bandits have been a part of it ever since. They would like to sponsor one of the sled banners for 2021. It is nice to see such dedicated fans. As they put it: ” The Pedigree Stage Stop Race is the most exiting thing on the mountain all winter “. Talking about fans. There were quite a few groups of school children from Driggs at the start. They also seemed to have a blast.

Bruce Magnusson‘s dogs did not deal well with todays conditions. In Musher terms they were ” a bit flat “. Same us people, dogs sometimes have an off day. Today seemed to have been one of those for Bruce’s Team. He was only 11th for the day, which puts Bruce into 8th overall. So far Bruce has had 4 really nice and strong runs, and 2 ” off runs “, one of which his team ended up taking a Snowmachine trail back in Pinedale. 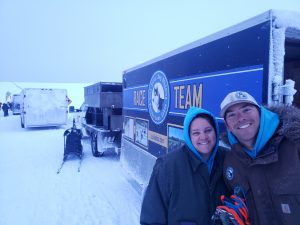 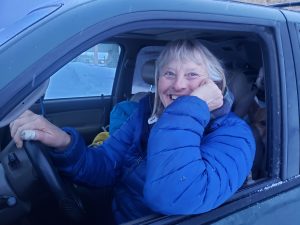 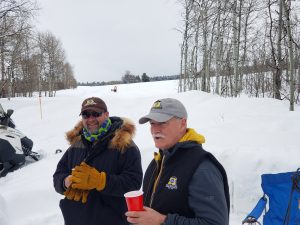 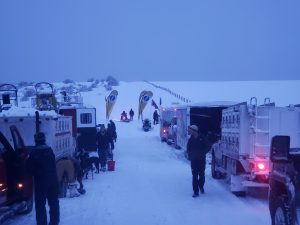 Rafael Nelson has been in 10th overall for quite a few days and is running a very solid race, specially considering he only got to run the team a handful of times before the event.  As of today he moved up to 9th place followed by Elliot Rivest ( Anny Malo’s son 0 rounding out the Top 10. Both Mushers can frequently seen running up the big hills. Must be nice to be young! Elliot wearing Bib no 15 is also 15 years old.

We made it back to Jackson and looking at the sloppy conditions here, we can consider ourselves lucky today in Driggs, with having been at higher elevation. Traveling is once again a challenge with highways being closed off and on for avalanches.

Tomorrow is the 7th and final Stage of the Pedigree Stage Stop Race. Boy did this week fly by! Very true to the saying ” Time flies when you are having fun “. It is a dog race and anything is possible. I have seen Jeff King loose and Iditarod he thought he had in the bag leaving the last checkpoint of White Mountain. Looking forward to another exiting day ! 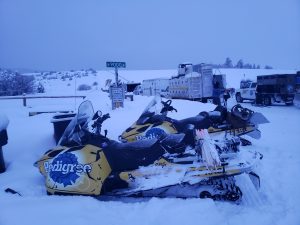 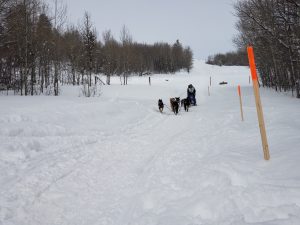 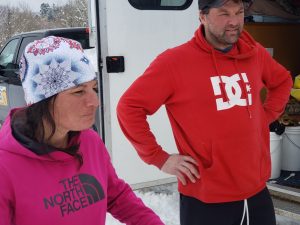 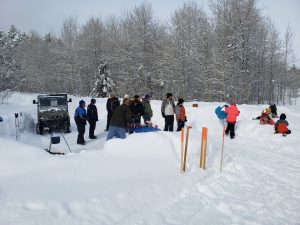 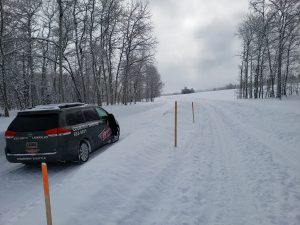 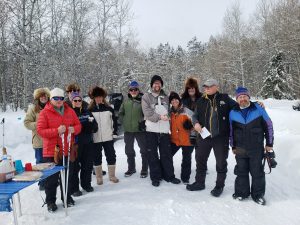