Hello Pedigree® Stage Stop Race Fans. One of the major fun part of Dog Racing is that people from all walks of life, and all corners of the world are coming together be it race staff or be it the mushers. It is traveling time for everybody. As for part of the race staff, after a night in Salt Lake City we arrived in Jackson. There is very light snow falling and temperatures are right about freezing. For setting up at dog race, that is very helpful ( not 30 below ). 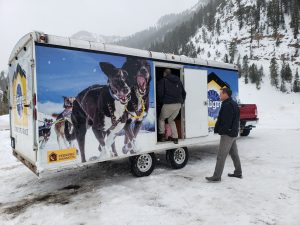 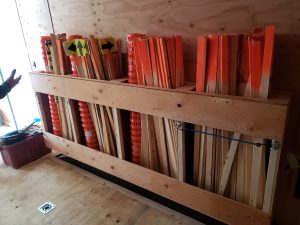 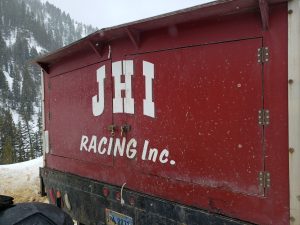 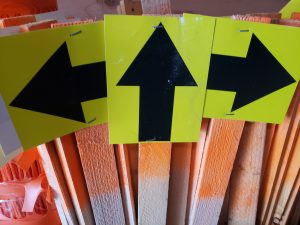 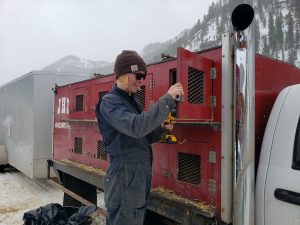 Doing this days in advance 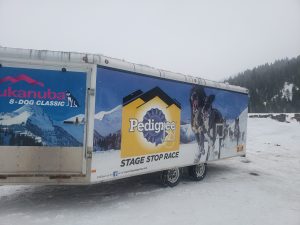 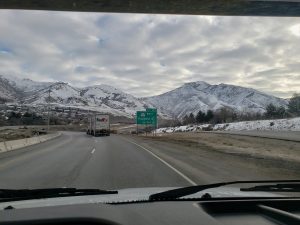 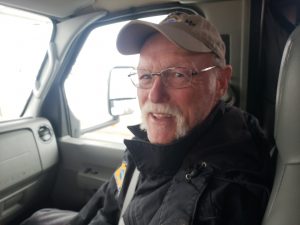 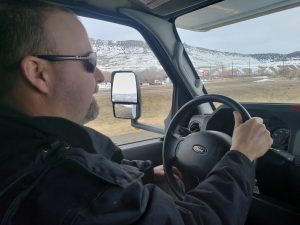 Jerry Scdoris ( Team driver Rafael Nelson )  is en route from Oregon with his outfit: ” The dog truck is packed, we’re pulling out of the dog yard at 6 a.m. in the morning. Rachael, Nike and Julien and the rest of the Oregon Trail of Dreams guide staff are all set up to have a successful two weeks without me looking over their shoulders. Rafhael Nelson is ready to race! The dogs are Rafa are all muscled up, fit and ready for the 7 stages of the Pedigree Stage Stop Race is Wyoming. Seven stages, about 250 miles, Tour de France format.”

Rachel Courtney Garand Made it to Pinedale Wyoming and will spend a couple nights there to train, before going to Jackson: ” The dogs travelled really well and all look happy and excited to be on the road “. 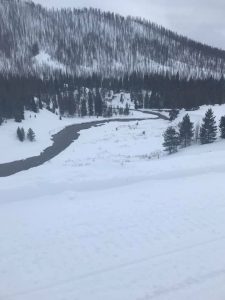 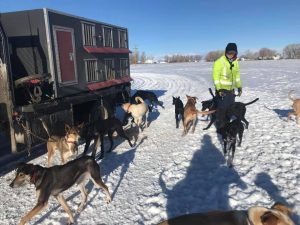 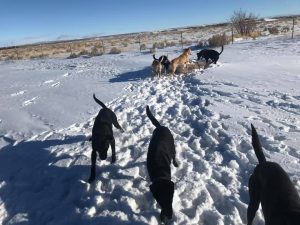 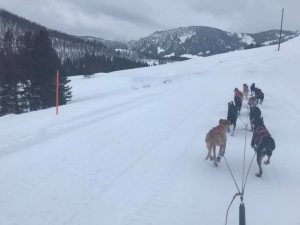 Tim Thiessen is currently heading through Las Vegas. Doug Butler and Ben Barrett have made it about half way from Vermont: ” Doug and Ben are crossing Illinois at the moment, trying to get to Wyoming as quick as possible. They’re hoping to be around Jackson Hole by tomorrow morning to get a training run in. Jackson Hole is at a much higher elevation than Middlebury, so it’s good for the dogs to do a short run or two to get acclimated to the altitude. Also, the weather’s been so bad in Middlebury this year that we only had one weekend where we could train on snow with the sleds. The dogs are in great shape, but it’s always a little different racing on sleds than training with the 4-wheeler “. 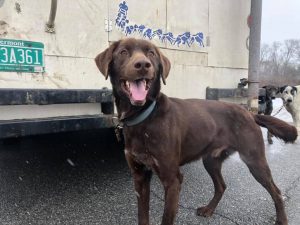 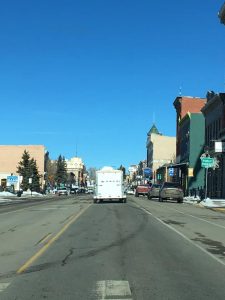 This is from Lina Streeper: ” West Yellowstone Montana will be our training headquarters for the next seven days. Located at the west entrance to the famous Yellowstone National Park. The elevation is 6600 feet, and there is always an abundance of snow. I’d estimate 5-6 feet of snow currently and it’s not uncommon for many more feet to fall over the next weeks. We will run the dogs on shorter trails for the next few runs to allow the team to get used to the thinner day. Our trip south went well and we had fairy good driving conditions the coldest we seen was near Fort Nelson approximately-38 and the warmest was Lethbridge Alberta at +11c (55f)”. Let Bud do some more explaining himself: