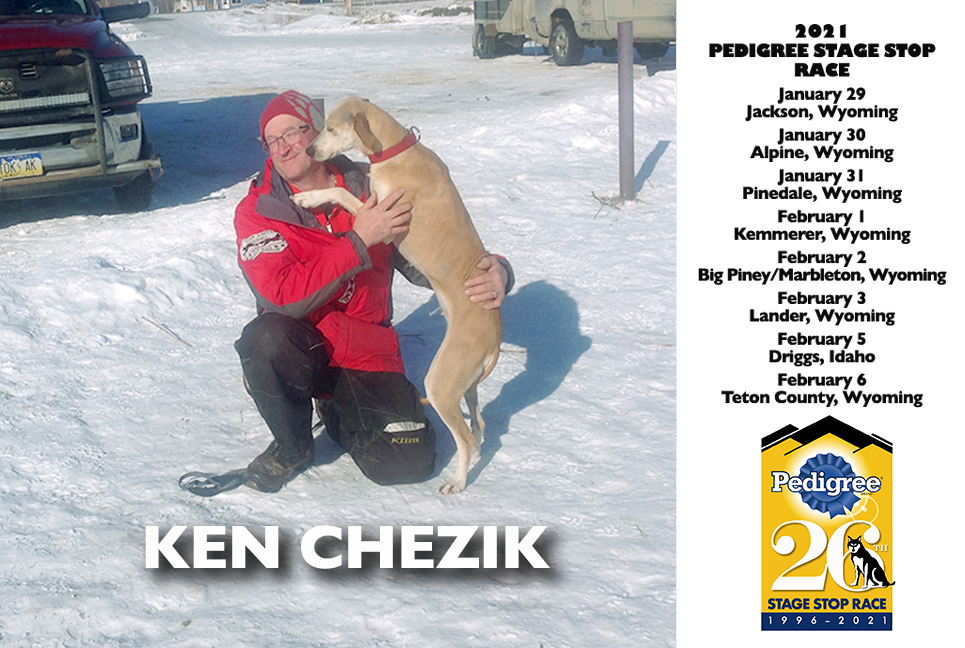 Ken Chezik is an irrigation service manager who works 60-70 hours a week for nine months so that he can race his dog team the other three. He started the sport in 1978 by racing friends’ Siberians. He joined Betcha Katcha Kennel in 1979, and joined his mentors Dale and Barb Munford in the lower 48 until Barb’s death in 1997. He and his wife Lori began to follow their two part dream of going to Alaska to race, and later stage racing. He has competed in most of the Open and Limited Class competitions in Alaska. Ken’s passion for the sport means he’s looking forward for new challenges such as the Stage Stop Race.