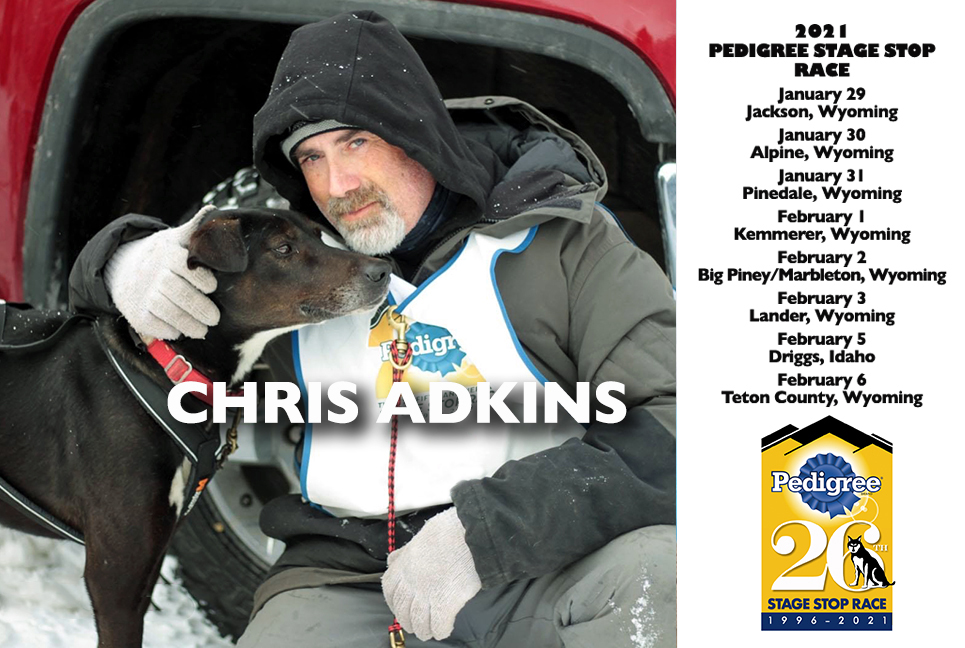 Chris Adkins is a lumber yard worker/dispatcher, and he and his wife, Shannon, operate a 49 dog kennel in Sand Coulee, Montana. He began running his dad’s dogs when he was four years old. Later, he took on one dog race, and then at 21 began his distance career with the Race to the Sky 500. He went on to compete in the Iditarod in 2010, same year as his first IPSSSDR. The Stage Stop has become the focal point of each season.