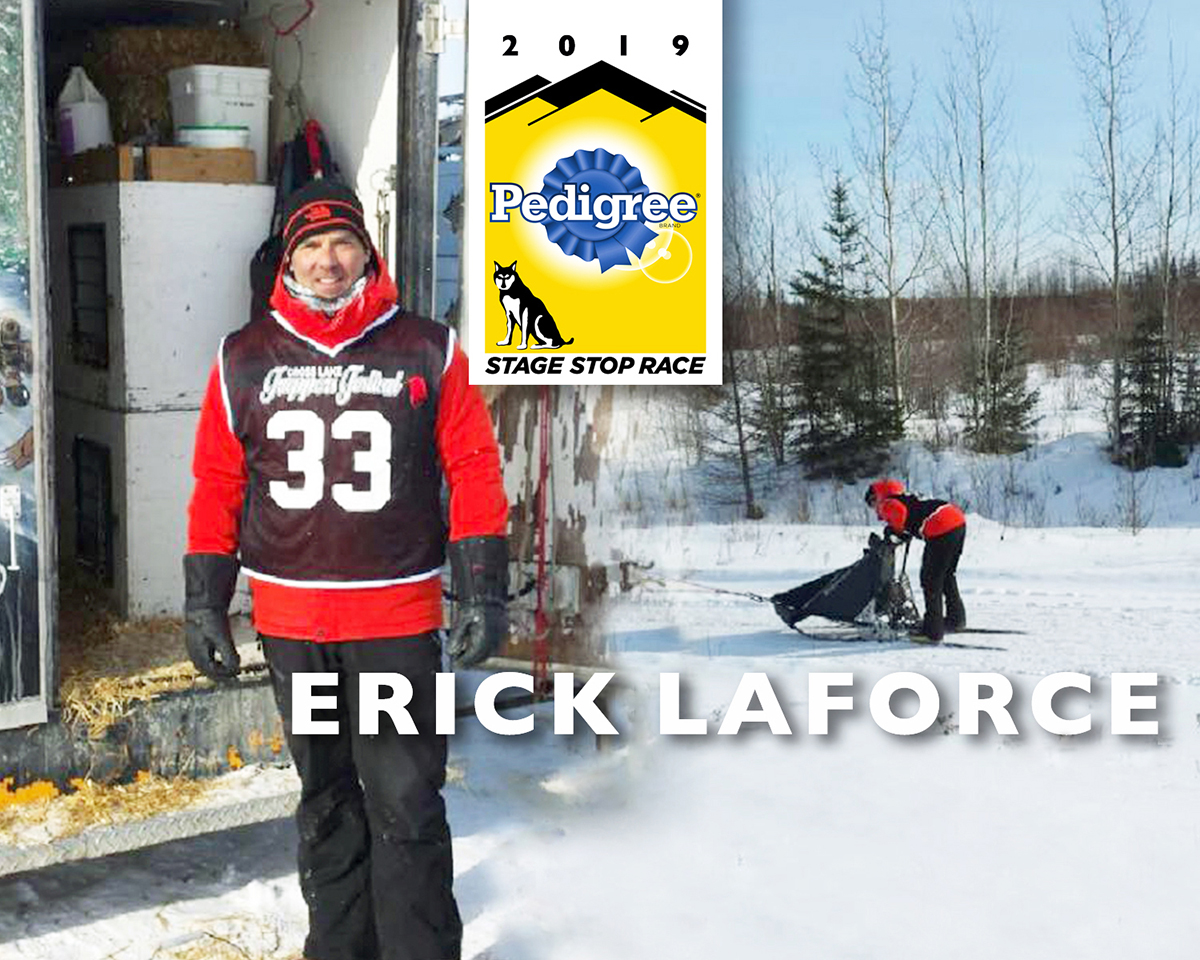 Erick is a Montreal firefighter who grew up in a small town at the edge of the country. He spent his teenage years in Montreal where a husky he later named Max came to him in the school yard one day. He says that the magic of that moment created the spark that made him the passionate musher he is today. Erick placed first in the 2018 The Pas World Championship, and first in all three 2017 Cross Lake Trappers Festival Race in Manitoba, Kamba Carnival, and western Canadian races. He and his three boys currently live on the same street where he started his first kennel.