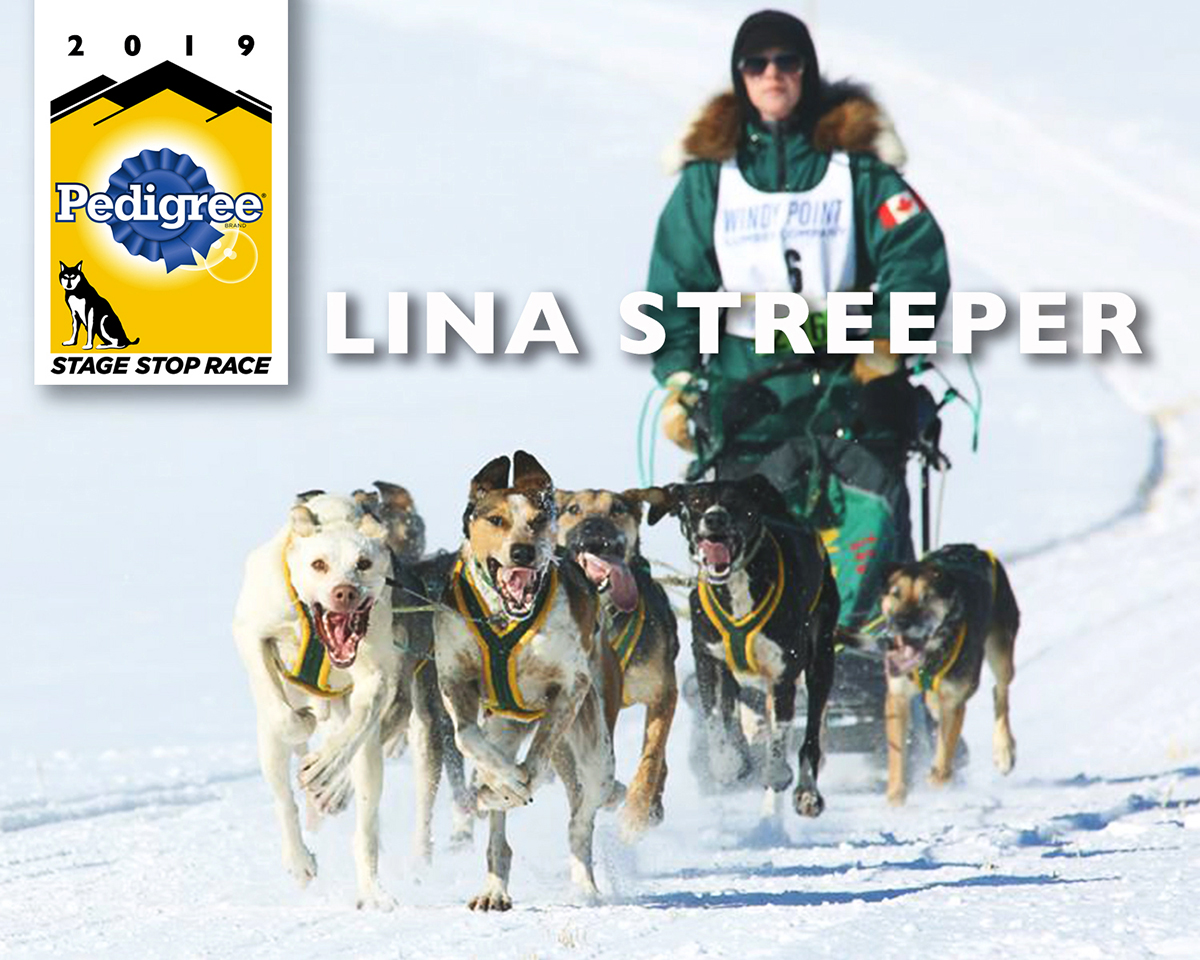 Lina grew up in a small community in northern Sweden and became fascinated with sled dogs at a young age. Since moving to Canada in 2007, she has focused on professional sled dog racing. She’s part of “the famous mushing dynasty” known as Streeper Kennels. She and husband, Buddy Streeper, own and operate Streeper Kennels in Fort Nelson, British Columbia. They have two wonderful daughters, 8-year-old Alva and 6-year-old Clara. “I’m proud to be returning to the 2019 Pedigree Stage Stop Race, and I wish all my Stage Stop family a safe and successful event!”