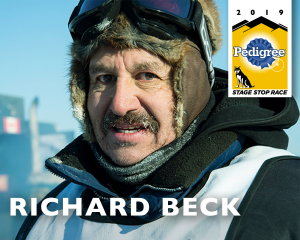 Richard is a Supervisor with the City of Yellowknife. He grew up in a family of mushers where dogs were a part of their culture. He’s placed in the top 10 in multiple races in Europe, Alaska, British Columbia, Alberta, Saskatchewan, Manitoba, and Quebec. Richard recently captured his 11th champion title at the 64th Dominion Diamond Canadian Championship Dog Derby December 27, 2018. He raced the 2012 and 2013 International Pedigree® Stage Stop Sled Dog Race and says “I’m looking forward to competing with some of the best dog mushers in the world.” Richard and crew will drive 2,700 miles, one way, to the race start in Jackson.