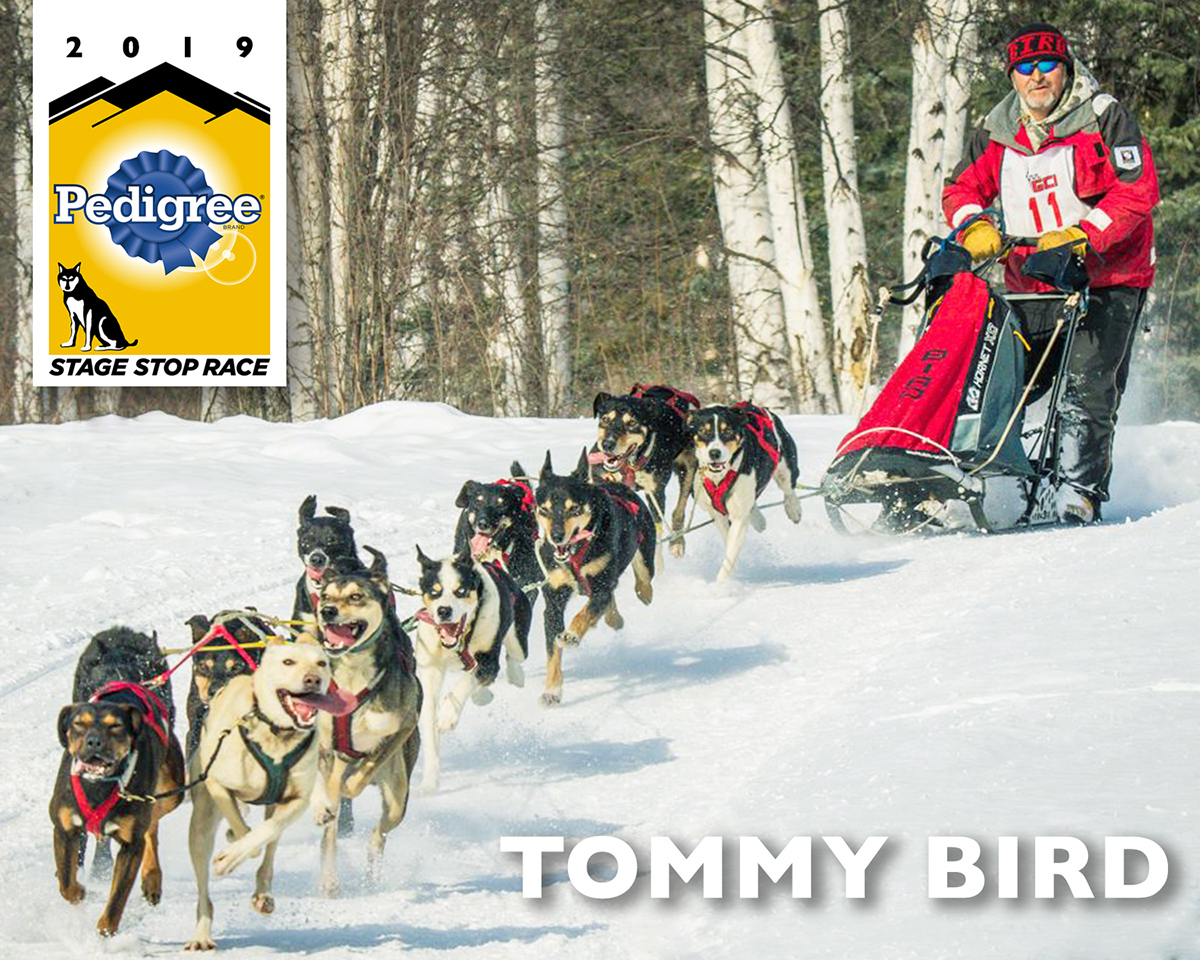 Tommy has been around dogs all his life and tells his story better than anyone, “…from first dog a few days old when my mom brought me home from hospital …dad pick us up by airplane …help my dad in trapping as a kid age 8 to 14 with dog teams …by 10 drive my dad trapping with well-trained team to haul wood …age of 14 my first race …borrowed local trapper team and finish last. Start racing in 1981 …race over 300 races, won 100 of them. Highlights …won The Pas Manitoba 1998 World Championship and Sask Championship I think 85 …Race most of the races in northern Sask and Manitoba and some in Alberta and the NWT …race in the Artic …Baker Lake NWT …raced in 8-dog class in Stage Stop …raced in Fairbanks. As a person …trapper …commercial fisherman …outdoorsman and self-employed. Married to wife Marion Bird for 40 years …3 children all grown up with 6 grandkids and 3 girls we adopted …and dog kennel …any given year 40 to 70 dogs and pups. I learn most about dogs watching my late dad in the trapping handle his team and from my late good friend George Attla …and my good friend Richard Beck and trying many different ways training dogs. I want to race the Stage Stop one of the greatest dog races around.”