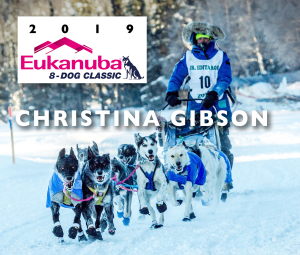 Christina, 17, became interested in mushing at the age of four. After seeing the animated movie “Balto,” she decided she wanted to run and win the Iditarod! She ran a dog for the first time at the age of twelve, and a year later began her team. Christina plans to go to college and eventually wants to produce a top competitive mid-distance team racing at 100-250 miles. Christina owns her own Whiteout Racing Kennel and started racing four years ago. She lives and trains in the foothills of the north Cascades. “After my first season of mid-distance racing, I’m excited to try something new and I look forward to racing in Wyoming!” says an enthusiastic Christiana. Photo by Julia Redington.