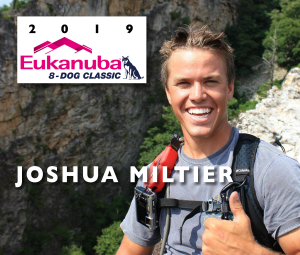 Josh is currently a student at Colorado University in Boulder CO and serving in the US Army. He carries on the tradition of dogsledding from his father, Jesse Miltier, who has been racing for decades. Josh started out at a young age training and running pure-bread Siberian Huskies, then transitioned to mixed breeds for sprint racing. His first sprint race (or any official race) was in 2013, with an 8-dog team — he hadn’t touched a sled since before his 10th birthday. Josh recalls, “my times were good, but I barely managed to hang on to the sled!” He says he’s a lover of “anything outdoors” and enjoys being a “dirt bag” when possible.